I hope this post finds you well and, if you’re a teacher like a me, ready for summer to arrive. Even if you’re not a teacher, I’m sure you’re anticipating summer anyway. This week marked the penultimate week of the 2017-18 school year for me, with today specifically marking my ten-year anniversary since graduating high school. It seems like so long ago, but as a history teacher I know that ten years is not that long. A lot has happened in my life since May 25, 2008, with becoming a teacher and educating young minds being a highlight. Part of that, at least over the past two years, has involved developing my own curriculum.

Around the New Year of 2017 I decided that I wanted to develop my own Modern World History curriculum, mostly out of necessity. The curriculum with which I worked at my online school was of poor quality – a reflection not of the school but of the company through whom we purchased the curriculum. Upon taking stock of what needed done, an idea came to me: I should spiral my teaching so as to visit the topics multiple times. This materialized as a solution to the problem of students enrolling later into the semester and missing the content from the beginning. Spiraling, in theory, would solve that issue. I would introduce the topic from a broad perspective, hitting the basics; after introducing all the topics, I would revisit them all again but get into more depth this second time around; the third time through involved even deeper learning of the topics, getting very specific with the points I taught to illustrate the concepts and ideas within the standards.

All in all, I would say those students who were enrolled since Day 1 and went through the whole curriculum learned more and were better off than my students last year who learned World History in the traditional manner (straight up chronology, one time through). I don’t have the data off-hand to back this up, but I feel confident in stating it. A large part of why this worked, in my opinion, is because of repetition. They say that repetition is a good way to help make a learned idea “stick,” so it was my hope that we’d more effectively learn something if we hit it a couple of times. If I were to have the choice, I still would have done it this year. And I plan to do it again next year, hopefully – having gone through it once – with a better grasp on what worked, what didn’t, and how I can keep my teaching fresh and the content relevant.

In addition to wrapping up my first year of spiraled curriculum, I took on the opportunity (along with another social studies teacher) to co-develop a curriculum for a new World Geography course that we’re offering next school year. We tossed the idea around last year but it never came to anything; this year it’s on. The biggest reason for wanting this course was due to the fact that geography skills are very lacking in our (and most likely many other) students. A cringe-worthy example came last year when a student of mine thought France was in South America. I don’t expect students to know where every country is on the map, but at least know the general location or where the ‘big ones’ are. I don’t yet have the details, but my hope is that the course won’t be offered until the spring semester so my colleague and I have some solid time in which to write a good course. I think I should mention, too, that it’s not just maps; a lot of it actually deals with the geography of people (i.e. mass migrations and demographic implications on the environment). In any case, I’m excited to add this to my experience and to teach students about modern world geography.

As I look back on this year (sighing only a little at the fact that I still have four more instruction days), I am glad to have had the opportunity to try out something new by teaching what I love. Things have been crazy in the meantime – rogue students, an influx of students due to a major school closing, and other minute challenges in the every day – but nothing that has made me go mad. I look forward to summer break to give my mind a rest from the daily grind, and to work on next year’s material. I’ll also be finishing up my current grad class, writing my next book when I have time, and of course watching the World Cup. But I’ll get to those things in later posts. 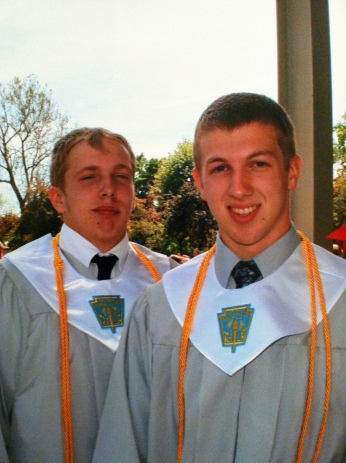 A big welcome to the newcomers on my site! Please feel free to browse around and see what I'm up to.
Join 1,355 other subscribers